Detroit (2017) Review: An Exploitation of Tragedy 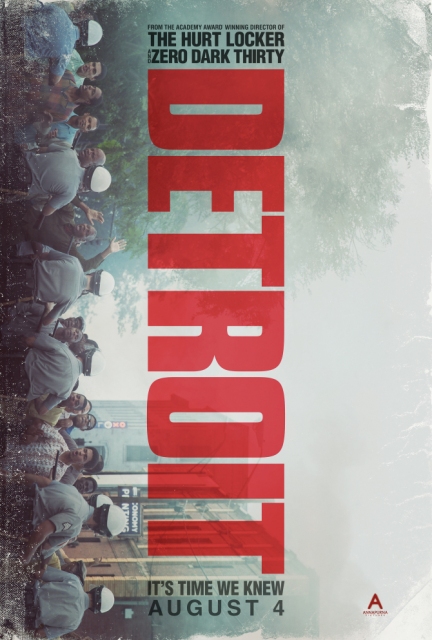 I could’ve written the review for this film earlier, but the events in Charlottesville were a much more important focus for me than a movie I didn’t want to remember at such a time. That’s the review right there: the news is more important. The current protests and near-frequent instances of police brutality and blatant racial oppression matter infinitely more than any movie that tries to depict them. You also can’t feign ignorance in front of the people that experience this systemic abuse or act like politics don’t matter, especially considering that this has been going since European colonialism. Injustice requires actively speaking up and acting against it, not playing the privileged and passive participant. With that said, here’s why Detroit (2017) is an unmitigated immoral disaster. 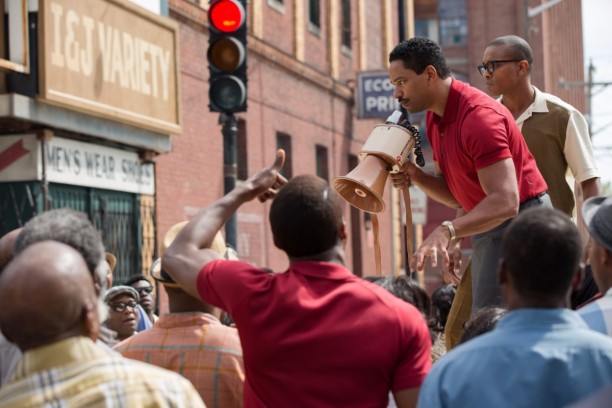 The film is a depiction of the 1967 Detroit rebellion, a five-day series of protests and riots, predominantly by the city’s black citizens, that were sparked by the oppression and abuse of power of the Detroit PD. Writer Mark Boal and director Kathryn Bigelow take no time to establish this setting right off the bat by opening the film with the police raid of a speakeasy celebrating the return of two black G.I.’s from Vietnam, which ignites the citizens’ anger and forces them to rise up. While the script focuses on the riots in their larger context for the first act, the real story Bigelow and Boal wanted to tell, the one that is shown in the trailers for this film, is what is referred to as the Algiers Motel incident. This was more than just an incident though, it was a horrific tragedy and massacre the likes of which black people – in America and elsewhere – have been forced to deal with before and after this night in 1967. Three innocent black men were murdered by cops, and the seven other black men and two white women present were tortured and threatened with death by policemen and National Guardsmen in an effort to expunge information about a sniper or gunmen in or around the motel. Those reports were based off the sound of a starter gun, loaded with blanks, fired by one of the men that ended up getting killed by the cops in one of the motel rooms.

Now I didn’t know about the details of the riots or what happened at the Algiers when I went into the theater to see this film. I didn’t know anything about the film either, except John Boyega and that kid from We’re The Millers (2013) and The Revenant (2015) play cops, Bigelow and Boal worked on it together, and that it was two and a half hours long. I was a proponent of their previous works, even if their films are by no means perfect attempts at political drama, and I was into the idea of the film being as long as it is. To me, a longer runtime means detail, story development, and good characters. What I got was an offensive amount of the first and basically none of the second and third. There are no real characters in this movie. There are just tools at work to portray an especially terrible episode of police brutality in an exploitative and masturbatory fashion. The scene at the Algiers, which is the main focal point of the story, goes on for far, far too long. The quantity and duration of violence depicted on screen, and the clear attempt at the realistic and brutal portrayal of it, is grossly unsettling and traumatic to where my girlfriend and I had to leave the theater. I did not finish this film. I have no intention to do so. Why the fuck would I? Do I want to know how it ends? Turn on the news. The cops didn’t get in trouble and Nixon got elected because racists get bothered when people protest for equal treatment. 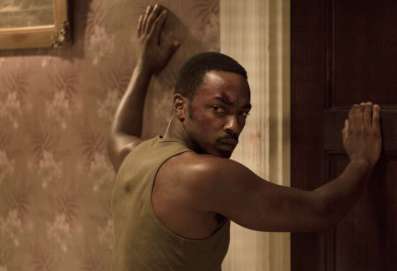 This film comes from privilege. Bigelow and Boal could’ve just taken the money towards this movie and donated it to an organization helping families affected by police brutality or one fighting to stop the brutality if they really cared. Or hell, if they want to be filmmakers about this, they could’ve even made a documentary about the present, similar to the kind of film Laura Poitras would make. But no, they set it in the past to remove the politics (although this shouldn’t be a partisan issue) of genuine relevance and relegated the real struggles real people still face to “artistic parallels” and “commentary” while still shooting the film in a shaky-cam pseudo-verité documentary style so it can elicit the worst and cheapest kind of shock. This was absolutely their intent. The writing shies away from the humanity and real lives of these people, something that could’ve maybe helped create complex characters that you can really care about, in favor of fly-on-the-wall objectification of the events and dialogue meant to explain racial politics. Larry Reed (Algee Smith), one of the members of motown group The Dramatics, is briefly given a glimpse of character depth, but after this scene he is pushed back into the same role all the other African American characters have – mere targets of racism for the cops.

Detroit is proof of the immorality present in Hollywood and in filmmaking at general. This wasn’t a film that should have been made by Bigelow and Boal, two rich white people, with the intent of using the real oppression people still face for the purpose of gaining accolade, box office dollars, and shock from audience members. The kind of audience members that would watch this film go “oh my god” during the elongated torture scenes, and walk out of the theater maybe kind-of upset at the state of affairs in regards to race, but not enough to do or say anything about it because it doesn’t personally affect them. What’s just as bad as all of that is how the posters I’ve seen for this film use taglines like “the most terrifying secret in American history” and “we need to know.” Who the fuck is “we!?” How do you not know about this by now? You know what? This hasn’t been a secret to a lot of people for far too long.

Detroit is an immoral and exploitative atrocity of a film. It chooses to depict the violence against African Americans at the hands of police brutality in an overly intense and realistic fashion while distancing itself from giving any genuine sense of humanity towards those oppressed for the purpose of shock value and drawing easy historic parallels for future awards consideration.

2 thoughts on “Detroit (2017) Review: An Exploitation of Tragedy”