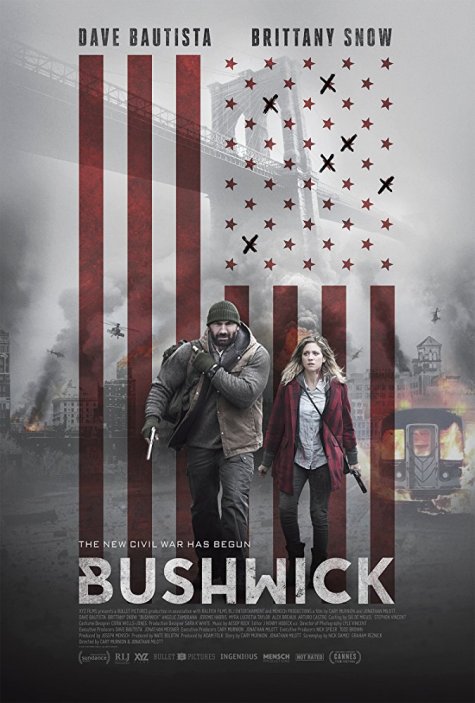 Having been through film school, whenever I hear a film described negatively as “film school level” or like it was made by someone in film school, I can’t help but shrug my shoulders and give an almost defeated “yeah” in agreement. Plenty of great films have been made by student filmmakers, films that transcend this negative distinction, but there are also scores more that are terrible (and I am by no means excluding myself from this). When you hear a feature be described as “film school like,” this implies an amateurishness to the project, associated with its poorly written script (bad plot twists and bad dialogue especially), an over-reliance on tragic drama (cancer, drug abuse, etc.) and genre tropes, and/or creative ambition over-reaching its budget. A starting director’s ambition is something that maybe should be appreciated or respected more, but a narrative film needs to be immersive for the audience to get invested, so if your film seems amateur, audiences will easily catch on and there goes people caring about your work. You and your film come off as childish, like you’re making shit on YouTube with your friends, and nice visuals can only distract from this so much. The newly released film Bushwick (2017) is this to a tee.

I’ve seen some reviews of this film describing it as a B-movie, but it is this in premise alone. It’s a really out-there B-movie premise with a plot so thin you could poke holes through it. A white girl named Lucy (Brittany Snow) gets off of the L train with her latino boyfriend José (Arturo Castro) and they remark on how weird it is that there isn’t anyone at the subway station, even though the shot opens on other people clearly getting off of the subway before them and it’s not uncommon for a subway station to have no one in it, especially in the middle of the day. They see a man on fire run by and hear some dangerous war-like noises going on, which tips them off that something really is up. José goes to check and gets blown up. Lucy goes up to check and doesn’t get blown up, instead seeing the streets of Bushwick turned into a battle zone; police and locals against an unknown army wearing black S.W.A.T.-like uniforms. She runs into Stupe (Dave Bautista), a former marine turned janitor, who ends up following the combat-inexperienced Lucy as she tries to find and rescue her family members from the war zone. Eventually they discover that the insurgents are a mercenary army from a collective of states attempting to secede, and by attacking areas of diversity, areas that they think will put up the least unified resistance, they’re hoping to force Congress to legally ratify the secession.

Bushwick is really an anomaly of a film. Underneath all of the awkwardly delivered curse words that comprise most of the dialogue, the story that makes no sense, the forced attempts at characterization, and the lack of extras in a movie about an invasion, there’s some really solid filmmaking and genuine production value involved. The movie is shot in a “single take” style, similar to Birdman (2014) and Rope (1948), where the blocking of the actors and the progression of the story is very carefully planned around the movement of the camera. This is never an easy thing to do, so the fact that the filmmakers are able to pull it off as successfully as they did, with the exception of an obvious dissolve and a couple of random cuts to helicopters, while shooting on location and having a plot that lasts the whole day is very commendable and impressive. However, when I realized that this is what they were attempting I couldn’t help but have some issues with it. Stylistically, this choice doesn’t make sense. There’s too much constant movement and tight framing for anything to feel suspenseful, and it doesn’t help that you don’t really care that much about the characters. If anything, the lack of cuts probably made me much more bored than I would have been otherwise. It doesn’t need to be cut like Taken 3 (2014) for the action to be exciting, but cuts at least imply there’s something exciting to show. The majority of what you see Lucy and Stupe do is running, crouching under cover, and fighting off like one or two random insurgents whose placement in a scene is forced and makes no sense. Most of the time they fight people who are off-screen or way in the distance, which makes more sense for a movie like this but it’s not very exciting. The only reason I can assume the filmmakers chose to shoot the film this way was to elongate the film as much as possible while trying to avoid showing as little as possible, as they were probably only allowed to film in certain parts of Bushwick at a time and they had a very limited number of extras. If anything, this made me much more aware of the film’s limited budget.

This clearly artificial attempt at elongation is ironically what makes this film feel like a film-school movie. It feels like you’re watching a video game like Uncharted or something. It’s a third person view of a war zone that would never exist, as characters go from place to place to reach the objective of “find family member” while interacting with NPC’s along the way and killing anyone trying to kill them with the guns they’re waving around way too casually for you to think they’re real. The dramatic/emotional scenes where you meet new characters that affect the plot and include Lucy and Stupe acting sad to pretend they’re not stock-players are the cutscenes. It’s almost like a low budget Hardcore Henry (2016), but at least that movie attempted to have a coherent story and slightly more developed characters.

The filmmakers clearly wanted to make a movie about Bushwick and give the Brooklyn neighborhood a love letter in a really high-concept way. They wanted to show that the diversity of the neighborhood is what makes it great and that people, especially people of NYC a la Spiderman, will come together in times of crisis against hate and bigotry. Even though you only get a couple of really brief scenes of this – and a scene of two Bushwick natives claiming Lucy is a gentrify-er who isn’t really from Brooklyn before threatening to rape her – it’s a nice thought and motivation to make a movie. It’s a shame this didn’t end up being a good movie. I watched this movie by myself with no one to riff with and was bored as hell, looking for excuses to take a break from the movie. So excuse me while I vent for a minute:

Okay that felt good. Hey, maybe this is more of a B-movie than I originally assumed. It’s not like every B-movie is super exciting, plus there are some really decent practical effects in this film. This movie still sucks, but hey, get some friends and some beer and have at it.

A terribly written film-school level script with admittedly decent practical effects and actor choreography, thoughtfully planned around the “single take” cinematography that is a pointless stylistic choice in the context of the film. It’s more fun to make fun of the plot holes and bad writing with friends than it is to take the movie as seriously as it takes itself.