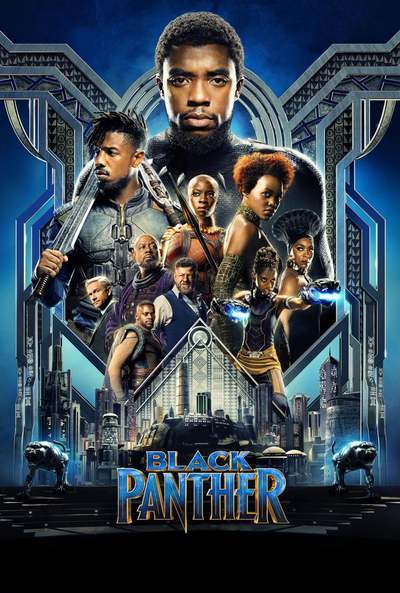 When I learned that Ryan Coogler was going to helm the first Marvel franchise film of 2018, Black Panther, I knew that the studio was taking this film seriously. Having only made two other features in his short career, Fruitvale Station (2013) and Creed (2015), Coogler has firmly established himself as a talented director who unapologetically puts racial issues at the forefront of his films. He was the perfect candidate for the perfect project: a standalone entry in a gigantic film franchise that knows better than to not attract only the best, and knows how to “read the room.” The many political and social overtones signifying this film – even just the title Black Panther itself – have easily made it the most hyped and genuinely anticipated Marvel film in years. No one actually cared about the films Marvel put out in 2017, but despite this the studio has been a huge mainstream outlet for creative filmmakers, and by following their own model they have allowed an important film with important pretense to be made.

Although this film ties directly into the events of Captain America: Civil War (2016), Black Panther thankfully exists outside of the MCU infinity stones story. T’Challa (Chadwick Boseman) returns to the secretive nation of Wakanda after his father dies in Civil War to become the new king. Wakanda is a tribal country that is also the most technologically advanced in the world; so much so that they successfully hide their advancements with a holographic projection that gives the illusion that they’re a mere “third world” country. With T’Challa becoming the new Black Panther (re: king), he must decide whether he should bring Wakanda onto the global stage and help the world or maintain the country’s status quo and secrecy. From the get go, the plot of Black Panther offers the viewer a lot more to chew on than your typical blockbuster. Wakanda acts as a stand-in for modern day “first world” countries, as T’Challa discusses with covert agent/ love interest Nakia (Lupita Nyong’o) whether Wakanda should accept refugees that they can help with their vast resources or not. This particular discussion of refugees is not a major element of the plot, but it’s important for the mainstream audience to identify the subversive distinction that this small African nation literally has more power and resources to do with as it sees fit than everyone else. It also establishes the stakes for the decisions that the inexperienced T’Challa has to now make as a king. Most importantly, this obvious political parallel is a minor example of the challenging and uncompromising politics of the film and filmmaker.

Coogler opens the film on an animated retelling of the history of Wakanda and shows us why the advanced nation decided to stay hidden from the rest of the world by evoking the imagery of the African slave trade and the World Wars. Immediately following this is a backstory scene taking place in Oakland, California in 1992. Once again, Coogler pulls no punches when it comes to showing and discussing the history of black people in the States. Kids play basketball with a milk crate as a net while Wakandan spies living as drug dealers (by circumstance of placement no less) ready assault rifles against the federal agents that push crack into the poor POC neighborhoods of southern California. This oppressive reality, a reality that so many choose to ignore or don’t even realize is fact, is what radicalizes the vengeful Killmonger (Michael B. Jordan), a Wakandan-American as it were, into working towards overthrowing the Wakandan government and arming other oppressed Wakandans all over the world to rise up. Killmonger easily becomes the most compelling villain in the entire MCU, following in the footsteps of recent revisionist villains like Hela and The Vulture. Even when he’s calling for violent global revolution and overthrow, you can’t help but identify with Killmonger’s motivations for demanding drastic change to a system that doesn’t care to do anything but oppress people like him, although his particular vision is notably corrupted by his experience in the American imperialist system via the army and CIA. The rhetoric of race is used to great effect and it would be foolish to critique this aspect of the film for its lack of subtlety in this regard. Yes, within the realm of this film this systematic oppression is only discussed through dialogue to provide character motivation, and yes, almost none of this is really shown visually. However, by having the characters discuss colonialism, mass incarceration, slavery, and other forms of systematic racial oppression so definitively in key moments, and actually have it tie in and matter to the story at hand, you as an audience member are forced to confront it and think about it. It is the ultimate embodiment of the Black Panther Party.

It is almost a shame that we don’t really get to learn about T’Challa as a person in this movie. He is our protagonist and he does go through change by film’s end, but he is restricted to his role as a king in the film and his decisions as a king drive the story. It’s very Aristotelian to engage in so much royal rigmarole and tradition, but I couldn’t help but feel I was missing out on some personal details about our ‘main’ character and his setting because of this. It is fair to note that Wakanda is considered peaceful and prosperous so I guess they don’t have a lot going on, but the lack of grassroots development for the stage and the players creates a distance between the audience and the themes of social change that dominate the film, with the exception of the bookending scenes. However, the film does take the opportunity to split the focus off onto two of the coolest characters; T’Challa’s sister Shuri (Letitia Wright) and Okoye (Danai Gurira), the leader of the badass all-female Dora Milaje private guard. They still essentially fill the same stock Marvel roles of the comedic Q-esqe scientist and tough, loyal sidekick respectively, but Wright and Gurira inject so much personality into their roles that they feel fresh and there is never a moment where they only exist to be saved by or save the hero in a grand display of bravery. If anything, their agency is on equal footing with T’Challa’s and they are crucial to stopping the bad guys.

It goes without saying that Black Panther is a film that must be seen in theaters. The sets, while mostly CG, are amazing to look at and are as bright and colorful as all of the tribal costumes on display. Thanks to his previous experience making a boxing movie, Coogler gives even the most flashy and extravagant action sequences a sense of rawness and intensity that grabs your attention. Side characters, from Daniel Kaluuya and Forest Whittaker as tribal leaders to Andy Serkis as a douche-bro Wakandan commodifier/ war-profiteer working with Killmonger, are given motivations and pay-offs to their setups. But, ya know, all things considered at the end of the day you are still watching a Marvel product. You still got your beats where they should be and a big battle at the climax, which for me led to a feeling of vacuousness during these all too recognizable instances. But ya know what else, this film wasn’t made for me and Marvel made one of the best superhero films in the last 15 years by allowing a talented director to inject a blockbuster franchise film, based on a character created with political intent, with modern racial and feminist rhetoric. Better order your tickets ahead of time, it’s going to be hard to get a seat.

One of the best superhero movies of the past 15 years, even if it is palpably underwritten. We don’t get to know T’Challa well as a person, but that and other shortcomings in the script are made up for with entertaining action sequences and the blatant choice to make feminism and racial politics the forefront of the story.